Please read the July 20/27 of Time Magazine. Buy a hard copy for further study. Give it to your friends for discussion. There are many other sources of good climate information, but this one issue should be easy for every one of us to find something to relate to.

Then find a way that you can take action. The first critical step here in the United States is to elect a government that will support humanity in battling this crisis.

Two articles are described below. But every page of this issue offers sobering thoughts. And hopefully it can spur you to join us to improve our planet while we can.

2020 Is Our Last, Best Chance to Save the Planet

“… In the future, we may look back at 2020 as the year we decided to keep driving off the climate cliff–or to take the last exit. Taking the threat seriously would mean using the opportunity presented by this crisis to spend on solar panels and wind farms, push companies being bailed out to cut emissions and foster greener forms of transport in cities. If we instead choose to fund new coal-fired power plants and oil wells and thoughtlessly fire up factories to urge growth, we will lock in a pathway toward climate catastrophe. There’s a divide about which way to go.”

The US Republican forces came down on the side of supporting the oil industry. In early April, a series of meetings resulted in “a deal with Russian President Vladimir Putin and Saudi Crown Prince Mohammed bin Salman to cut oil production and rescue the industry.”

The president of the European Commission, Ursula von der Leyen, took the other side of the divide. She announced in April “We can turn the crisis of this pandemic into an opportunity to rebuild our economies differently.” On May 27, she pledged more than $800 billion to the initiative, promising to transform the way Europeans live.

The rest of the world has waited for three years for us to get new leadership with a new position, one that will cooperate with other nations to take the actions we need to prevent the worst ravages of climate change. We are out of time. 2020 is our deadline.

We’re Handing Our Kids a Damaged Planet. And Our Excuse for Doing Nothing About It Has Now Fallen Apart

We have often been placated with the notion that real change takes time. But this is only true where apathy is its main resistance. Change can come suddenly too.

Western society saw change occur at breakneck speed in the 1950s, when we went from the rationing of World War II to such disposable affluence that planned obsolescence was openly celebrated: buy it cheap, buy it new, keep up with the Joneses. … But the biggest change of the 1950s was that collective selfishness fell upon us. People spent money, and votes, on whatever ticked the “What’s in it for me?” box.

About the cover of this special climate edition

Time Magazine’s new cover is both beautiful and terrifying

“The July 20/27 Time cover was painted by artist and scientist Jill Pelto, who often incorporates scientific research and data into her watercolor paintings. “It has been a tumultuous year, but underlying currents of positive action are surfacing rapidly,” says Pelto on the magazine’s website. “The reality of this data may be frightening, but there are messages for hope within.”

Indeed, not every upward gradient in the painting is designed to be horrifying. While sea level and global temperature are shown to be rising, so too is renewable energy consumption. And C02 emissions even see a sharp decline in 2020, reflecting the “projected 7% drop in 2020” as a result of the coronavirus pandemic. Above the painting are the words “One last chance: the defining year for the planet”.

Despite pandemic, pollution and panic, we are making progress.

The first Earth Day in 1970 launched a wave of action. During the 50 years since then, we have made many improvements and learned a lot about what more is possible. The pandemic has forced us to slow down and reconsider what is most important to our hearts and minds. Amid the suffering, there is reason to hope.

For Earth Day 50, let’s focus on good news. Even when it seems that all progress has stopped and the flame has been doused, it is possible to rekindle the fire for change and rebuild our momentum toward a world where we can survive and thrive, one that works for us all.

Do you have a climate change “good news” story? Please send us your observations about environmental changes that have taken place in your own life in the past 50 years (or your current age, whichever comes first).

When people think of this beautiful planet threatened by destruction, it is not surprising that hearts fill with sadness. These feelings are painful, but it is possible to learn ways to control and convert those feelings. 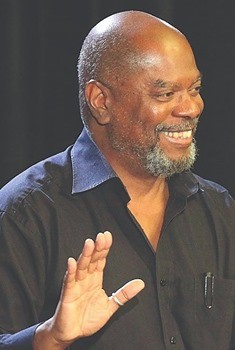 Commonway Institute has provided workshops on global crisis and global solutions for over 30 years. A handful of participants take the challenge each time a workshop is offered, in contrast to the large numbers who sign up for “get rich quick” seminars provided by the guru of the day.

In his November blog article, Commonway’s Shariff Abdullah suggests that there are ways we can shift our focus to enable you to facilitate our coming together to survive and revive our world. The goal of his teachings has always been “a world that works for all”. Spend a little while (or a lot) on his new web site. I hope you will find his ideas inspiring.

The ideas we have found will move you toward practical goals that will make a difference. Here is a song to hum as you go along. Remember this song whenever you think you can’t do much on your own.

These ideas are a start with practical goals that will make a difference. Here is a song to hum as you go along.

Credit to “I am Bullyproof Music” www.IamBullyproofMusic.org

Goal 1 for your home: Reduce your personal need for “the grid”.

Many laws and rules still act as roadblocks to making a home energy independent. New terminology in use is now aiming for “Zero Dependence”. Small solar and wind chargers produce only small amounts of power, but you may be able to strategically get enough independent juice to charge your devices, to run your PC, or med equip, or even a small refrigerator.

To prepare for coming blackouts and reduce your dependence on grid energy, here are your first steps.

Goal 2 for your home: Grow and protect your outdoor space

You can protect your home from climate disaster by changing the way you garden. Reduce your need for resources and help wildlife thrive and be protected by the plants you grow. Fire prevention has become a climate change issue as we have seen during the past few years, particularly in California, Oregon and Arizona.

If you are new to the idea of using online resources for your main source of learning about a subject, this section is for you.

In order to maximize ability to pull it all together, it helps to know the basics. Online learning is an art form, not just clicking and trying to absorb. Read these answers to some of the questions you may have, then take the “self assessment” quiz. There is also a Glossary at the end of many common terms and acronyms.

Answer these questions to see if online learning is right for you:
Self-Assessment

Excerpts of seven point “save the planet” outline from Reddit user “m4ybe”:

1) Completely overhaul agriculture
Our agriculture system relies heavily on supplementing soil with … minerals supplemented as a secondary pass. This process destroys the rhizosphere… By enhancing and feeding microbial life in the soil … we can get a greater yield without … rhizospheric holocaust. (Note: rhizosphere is the narrow region of soil that plants depend on for nutrition.)

2) Eliminate any non-recyclable single-use packaging or product
Hemp makes better plastic, which is biodegradable … planting hemp instead of soy and corn would go a long way to fixing the soil…
Any current plastic producer can easily be retrofit to produce plastic with hemp instead of petrochemicals.

4) Close any waste loops
From toilets to nuclear waste, methods must be established to convert waste to useful products as opposed to treating it as an afterthought. … These things must become the norm instead of the exception.

6) Reduce protein intake, increase sustainable protein production
[Note: the solution offered is not really to reduce vital protein in the diet but to choose sources and methods of growing protein that are less wasteful.]
Our current methods for producing beef, pork, chicken, and fish are all deeply unsustainable. Factory livestock operations produce the pollution equivalent of a city on as little as an acre’s worth of space.
Free range chickens make excellent pest control on polyculture farms. Pigs make excellent manure and function as nature’s garbage disposals. Aquaponics can sustainably grow salmon, trout, jade perch, tilapia, and a number of other fish while SIMULTANEOUSLY growing crops in a density much higher than traditional agriculture.

7) Subsidize and incentivize birth control
The single most effective thing you can do to reduce the human burden placed on the planet is have one less child. By incentivizing birth control universally (the universal aspect is critical), we can reduce the human population. If first world nations were half as populated as they are today, our waste output would plummet…